Here’s a neat video from the folks at esMadrid which gives you a flavour of what Madrid may have in store for you. Let me know what you think! 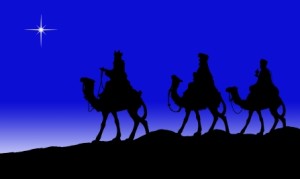 On 6th November, 2007 the SIMO Feria Internacional de Informática Multimedia y Comunicaciones will open its doors. For an event whose objective is to promote the latest digital technologies they have come up with a poor website which breaks all rules on usability, accessibility and common sense-ibility!

From what I struggled to work out there should be some interesting discussions and exhibitions on the following:

There is a new area that has been created this year for Web 2.0 – an area that I am working in myself. Digital Content is also represented.

In my day job I spend most of the time helping clients gain better rankings on Google and creating Google AdWord campaigns to drive traffic to their website. I sometimes do exhibitions (I’ll be at the Lead On 2007 event next month) and often present. Therefore, it’s no surprise that the Madrid TravelThink event, which has heavy participation from Google, caught my eye.

Madrid Travel think is an opportunity for those in the travel industry to learn from Google experts, and others in the industry, what the latest tips and trends to gain new clients are. The event takes place at the Palacio Municipal de Congresos de Madrid on the 15th October, 2007.

I hope that one of the organisers, Es Madrid, sends all of its marekting people as they could learn a lot about optimsiation and how to create Google AdWords from the people from Google!

According to the International Herald Tribune Madrid is the World’s 10th Most Liveable City. Munich is the most liveable – with a total of 7 other European cities being in the top 10. Each city has a dedicated page outlining the attributes of each and Madrid’s – Madrid emerges from Barcelona’s shadow (I can already hear the Madrileños spitting at that!) – talks about the work undertaken by the mayor, Alberto Ruiz-Gallardón, and the usual:

But Madrid has huge pluses: all the major employers are here; eating out is cheap (€30 per head at a good restaurant) and there is a plethora of cheap public transport and a 24-hour nightlife.

There are some good stats and commentary here. The main article is called Quality of Life 2007 and makes for interesting reading.

Today, 9th April 2007, it is raining quite heavily in Madrid. For some reason, and coming from the UK, I didn´t anticipate that it would rain this afternoon. But boy, has it rained! And when it rains, the umbrellas come out.

A word of warning! Generally, the rain in Spain stays mainly on the plane. But when it does rain, the Spanish start to use umbrellas and ´cos they´re out of practice, they don´t use them very well.

If you´re not careful, you easily lose an eye in Madrid when it rains!

**UPDATE**
Es Madrid No Madriz added a comment to this blog to say he´s one of the few non-dangerous, Spaniards who know how to use an umbrella! On his site he also comes up with some top tips.

I overheard a conversation today between an English guy and a waiter in one of the bars. The English guy had just finished his coffee and said to the waiter: "the bill – two coffees". When he handed over a 5-Euro note and received his change he said: "thank you".

BLOODY HELL! This sort of thing makes me mad. You go to the heart of Spain – Madrid, not the Costa del Sol – and can´t be arsed to try and speak in their language.

And the crazy thing is that most young people (he must have been in his early 30´s) in the Western world can say; "dos cafés" and everybody, I mean everybody knows how to say: "gracias". Any phrasebook – and let´s admit all tourists have one – will have phrases like "me dice cuanto es" or "la cuenta, por favor" to ask for the bill.

And I saw the same thing happen a couple of hours later with a young, American girl who again couldn´t be arsed and hot quite annoyed when people couldn´t understand her.

It´s one of the most wonderful things about Madrid – that many people speak English badly or not all – and that´s what makes it such a great place.

If you’re not a first-time visitor, you will see that I have a brand, spanking-new header. Over the past couple of weeks I have been making modifications to this site and felt that I had to start developing a new brand with nice images of Madrid. My images of Madrid are very amateurish, so I thought I would ask someone whose digital photographs of the city I have a great appreciation of. That’s why last week I asked Ramón Durán, whose stunning photographs you can find on Flickr,if he wouldn’t mind using his photos to create a new collage. As you can gather he said yes.

If you haven’t seen his wonderful pictures of Madrid, and places he’s travelled to, make sure you head over to Flickr to view his work. I am sure that like me you will be blown away with some of his photography. And by the way this is his hobby -he is a Urologist by trade!

Thank you very much Ramón.

A Note on Mad About Madrid logo
The inspiration for this new logo came from a few sources. The colours are actually those of the flag and coat of arms of the community of Madrid. The exclamation marks are ever so slightly influenced by Tom Peters, the business guru. The reason that the exclamation marks are upside down on one side is because that’s how they are written in Spanish.

I was told this morning that Mad About Madrid had received a special mention in the Guardian Unlimited’s
"Best of the net- The alternative Travvies awards". Though it didn’t win Sean Dobson’s award as Best Destination Blog, he did say:

The destination category is strong and it would be remiss of us not to mention in dispatches madaboutmadrid.com

Today, I am putting live the Mad About Madrid Amazon Store (or aStore). I have collected some of my favourite Spanish-related books, CDs and DVDs and created an Amazon aStore where visitors can view and purchase these products. There are well over a 100 products on there and I intend to increase the selection over the next few months. The current store is hosted on Amazon.com but within the next day or so I will put an Amazon.co.uk site live. Please let me know if I have missed out on any important products.

It looks like Madrid is set for some cold weather in the coming days. Temperatures in the capital are expected to drop below -4°C tonight and – 7°C in the mountains surrounding Madrid. The picture below is taken from the Royal residence of La Zarzuela, where snow has already fallen – let’s hope it sticks around for Christmas!

Today, 7th November (and running until 12th November), 2006, sees the start of SIMO – Feria Internacional de Informática, Multimedia y Comunicaciones (no translation required!). Billed as the 2nd largest technology show in Europe it is being held in  Parque Ferial Juan Carlos I and will have over 600 exhibitors there. Needless to say that it will have everything that a business, home user or even a geek could ever want (for this year!). I have been once or twice and really enjoyed – if you’re into IT and new technologies, you’ll enjoy it.

For full details, take a look at the SIMO press release or visit the SIMO web pages on IFEMA.

Mad About Madrid has been running now for almost 3 years. In fact the 3rd Anniversary of its launch came about in August, 2006. Over that time the site has grown, both in the number of visitors it receives and the amount of content that is added to it.

Learn more about how your business could benefit by partnering with Mad About Madrid.

END_OF_DOCUMENT_TOKEN_TO_BE_REPLACED

If you live in the UK, you may be interested to know that BBC 2 is showing a documentary called Tales from Madrid on Wednesday, 9th August 2006. Originally broadcast on BBC Four, this programme is presented by Kirsty Wark and Adil Ray. If they’re anything like other similar Kirsty Wark programmes, they will be well worth watching. Here’s a breakdown of what you can expect to see:

Kirsty Wark and Adil Ray go in search of the cultural heart of Spain’s
capital city. Kirsty meets Anna Obregon, the actress and femme fatale
who got on the wrong side of Victoria Beckham, and Michael Robinson,
the British footballer who has become one of Spain’s most popular TV
presenters. Adil tries to keep pace with the locals in a city that is
notorious for all-night partying and finds out how the country is
finally coming to terms with the legacy of Franco through a top-rated
TV drama.

I think that I will be posting light during the month of August – there isn’t much going on! As many of you may be aware the city tends to close its shutters for the month (though things are changing) and some of the best-loved bars and restaurants will close for the staff to take a well-earned break. However, it’s not all quiet and I’ll try and keep you up-to-date with what’s going on in the city over the next few weeks.

Metropoli has a review of 5 plays by contemporary authors that will play over the month at the Casa Encendida, which by the way has one of the summer’s best terrazas (open air bars). The authors are contemporary playwrights: Rafa Ponce, Sara Molina, Carlos Rod and Pilar Campos, Carlos Sarrió and Álex Naranjo. Entrance costs just 3 Euros.

There looks like an interesting exhibition over at the Círculo  de Bellas Artes, entitled "De la España que emigra a la España que acoge" (from the Spain which emigrated to the Spain which took in). It has eight starnds to it, which include: The exile of 1939, From the country to the city, America and other countries, The return and Spain country of welcome.